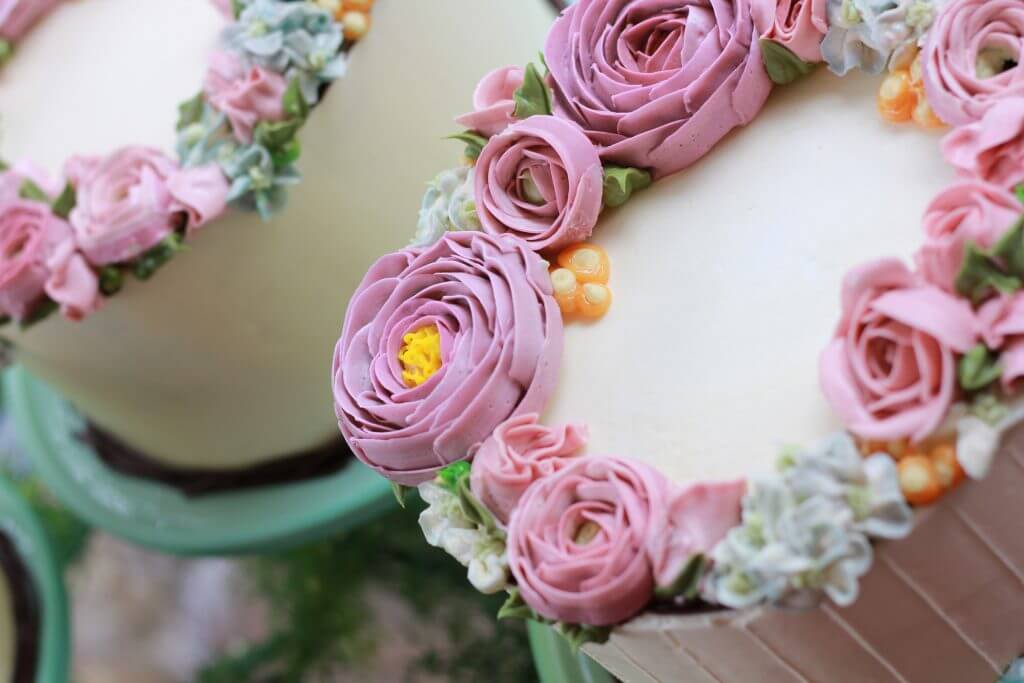 Simple, smooth, and seriously delicious, buttercream is anything but basic. Whether light and fluffy or rich and creamy, buttercream is what sweet dreams are made of. Reva Alexander-Hawk is here to turn even the most discerning bakers into buttercream believers, sharing three moreish meringue-based recipes that are sure to captivate your clientele.  If you’re new to Meringue buttercreams this informative blog post on all things buttercream will get you up to speed!

I found my love for buttercream in culinary school and quickly tossed it aside when I realized that I could buy ready-made fondant (we had to make it from scratch at school and I am not talking about marshmallow fondant either). You see, when I first started out, fondant was just starting to become the medium of choice; featured in all the wedding magazines, brides were clambering for it. Fondant and I became fast friends and I was able to establish myself as the go-to cake artist for elaborate fondant cakes. Sure I would still make buttercream cakes when I had to, but I would always try to talk my clients into fondant because it was fast and convenient. Does this sound familiar? This went on for a few years until I met my buttercream guru and friend, Marc Gravelle. I watched him pipe flowers and sculpt with buttercream, and I realized that I had neglected my buttercream skills for far too long. Determined, I started a journey to learn all that I could about the medium that is buttercream, and I am so glad that I did. In recent years I have noticed a resurgence of customers demanding buttercream. It also occurred to me that there was a lack of buttercream

skills being taught at schools and cake conventions, which further added to the void in the market. A void I was more than happy to fill. 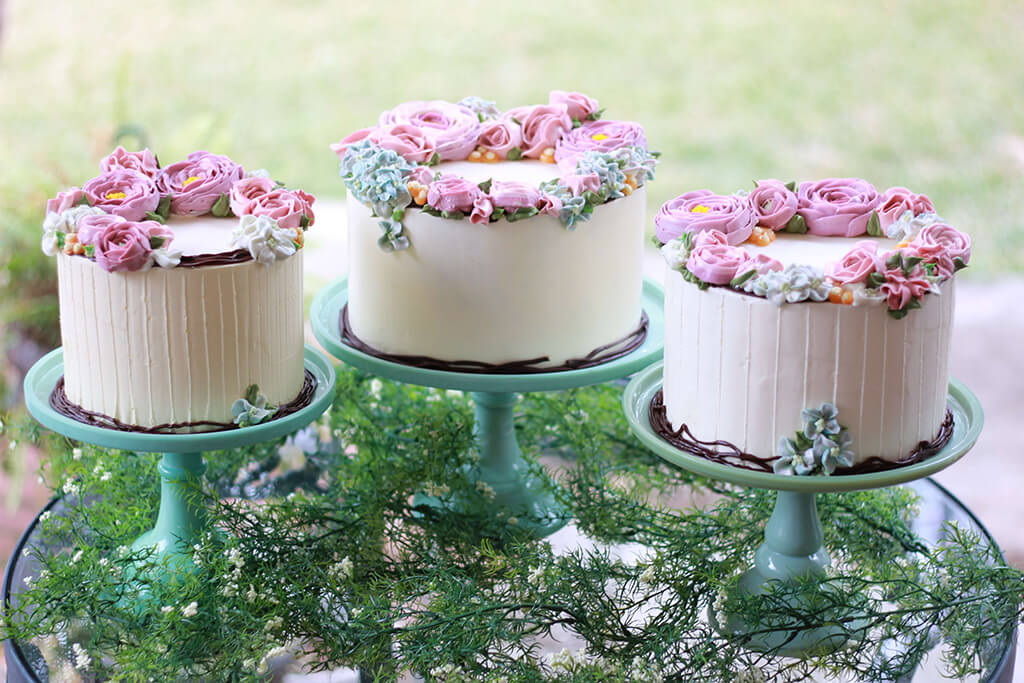 The term buttercream tends to be used as a catchall, but in truth, there is an incredible array of variations, with the most common being a cooked meringue-based type such as Swiss (SMBC), Italian (IMBC), and French (FMBC)—a whole egg buttercream. The other types are frostings that are made with a combination of fats and sugar such as American, Simple, Crusting, and Decorating Icing to name a few. Each buttercream has its place in the world of cake decorating and none should be looked down upon, even if it doesn’t contain any real butter. High-ratio shortening has become my friend since I moved to Georgia.

When it comes to the topic of what buttercream is best, it really boils down to location, climate, and clientele. What is perfect for the Cakers and Bakers in one part of the country may not be the best choice for others. Bakers in the Deep South need a more heat-resistant recipe than those up in Maine. Your geographical location will determine the best recipe to create for your own cakes.

Now when it comes down to which buttercream is best for decorating that is a different story altogether. For this, you need to think of your buttercream as a tool and you need to choose the right tool for the job. If you are looking to create a stiff flower or an element that really needs to hold its shape, then a basic decorators icing will do the job. If you are looking to create soft, romantic flowers, then a SMBC would be in order. This is where you need to start playing, experimenting, and practicing with different types of buttercream. 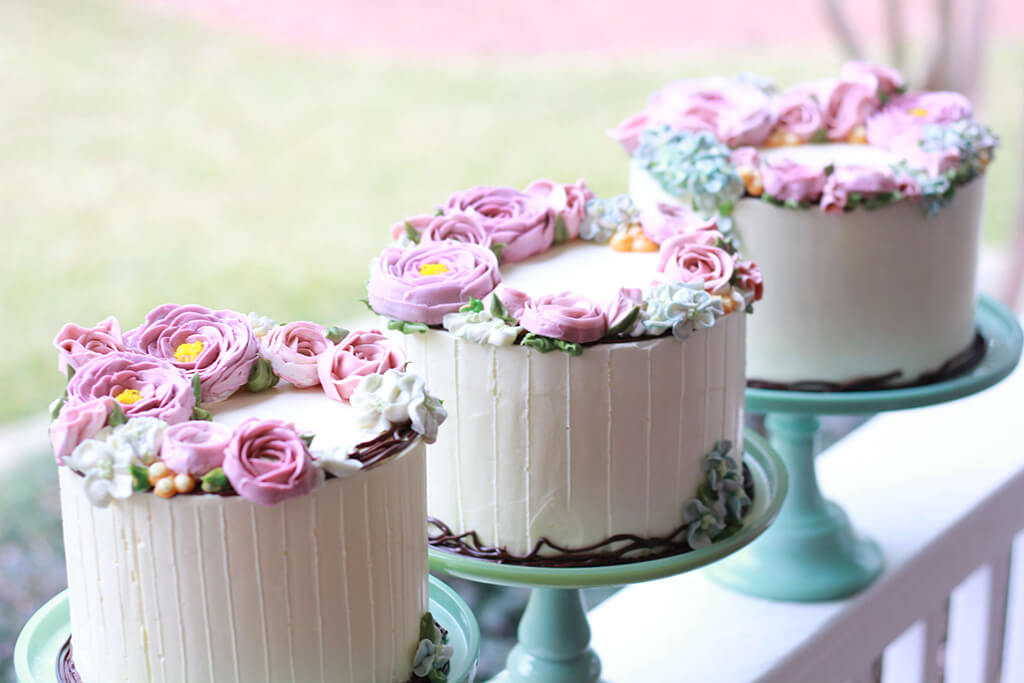 Will keep 4 to 5 days at room temperature or 3 weeks refrigerated. Follow all state health department laws when storing buttercream. 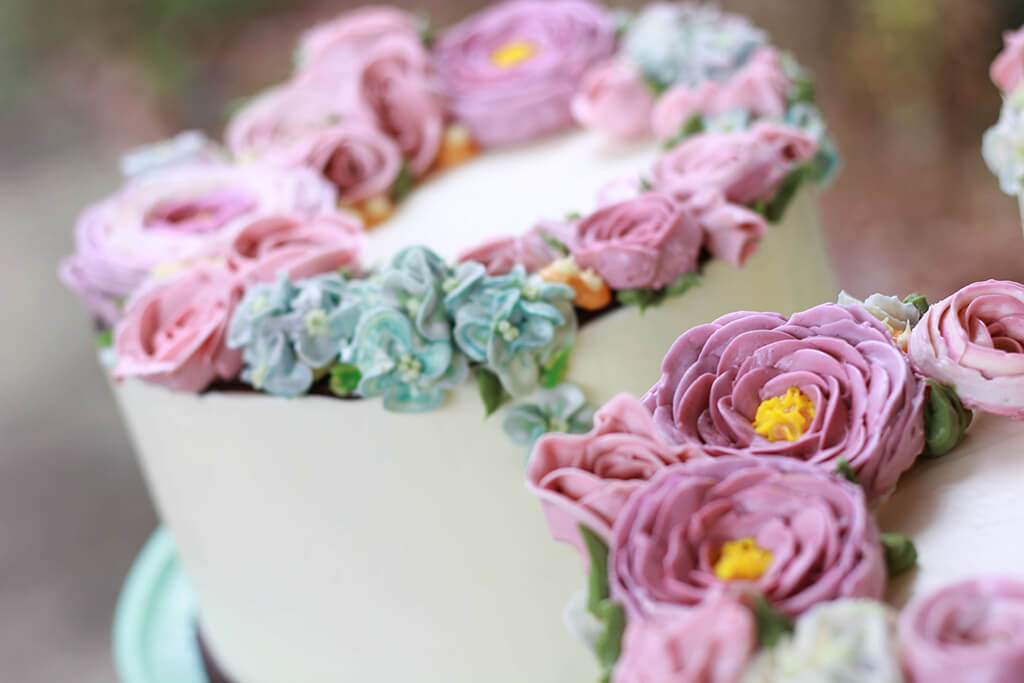 Will keep 4 to 5 days at room temp or 3 weeks refrigerated. Follow all state health department laws when storing buttercream. 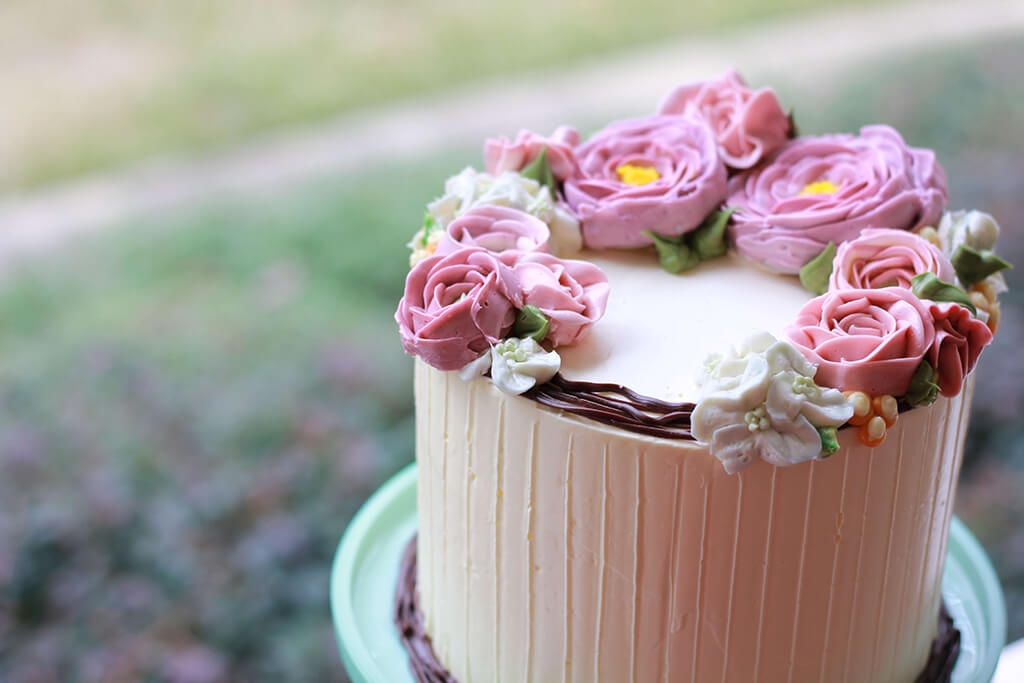 This buttercream should be stored in a refrigerator when not in use. It will keep for 3 weeks refrigerated. Follow all state health department laws when storing buttercream. 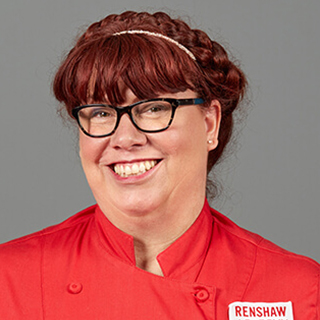 Reva is a lifelong baker. As a graduate of the distinguished California Culinary Academy in San Francisco, she has studied baking and pastry with industry leaders and continues to value the importance of education both as a student and an instructor. In 2002, Reva officially launched her own cake and pastry business, Merci Beaucoup Cakes. Calling on her connections in the Los Angeles area, she developed a glowing reputation as a high-end cake decorator, supplying cakes across California and beyond. Her efforts landed her on three seasons of the show Amazing Wedding Cakes. Reva has taken on new challenges; moving her operations to the East Coast, appearing on numerous Food Network programs, writing books, and expanding her teaching efforts.