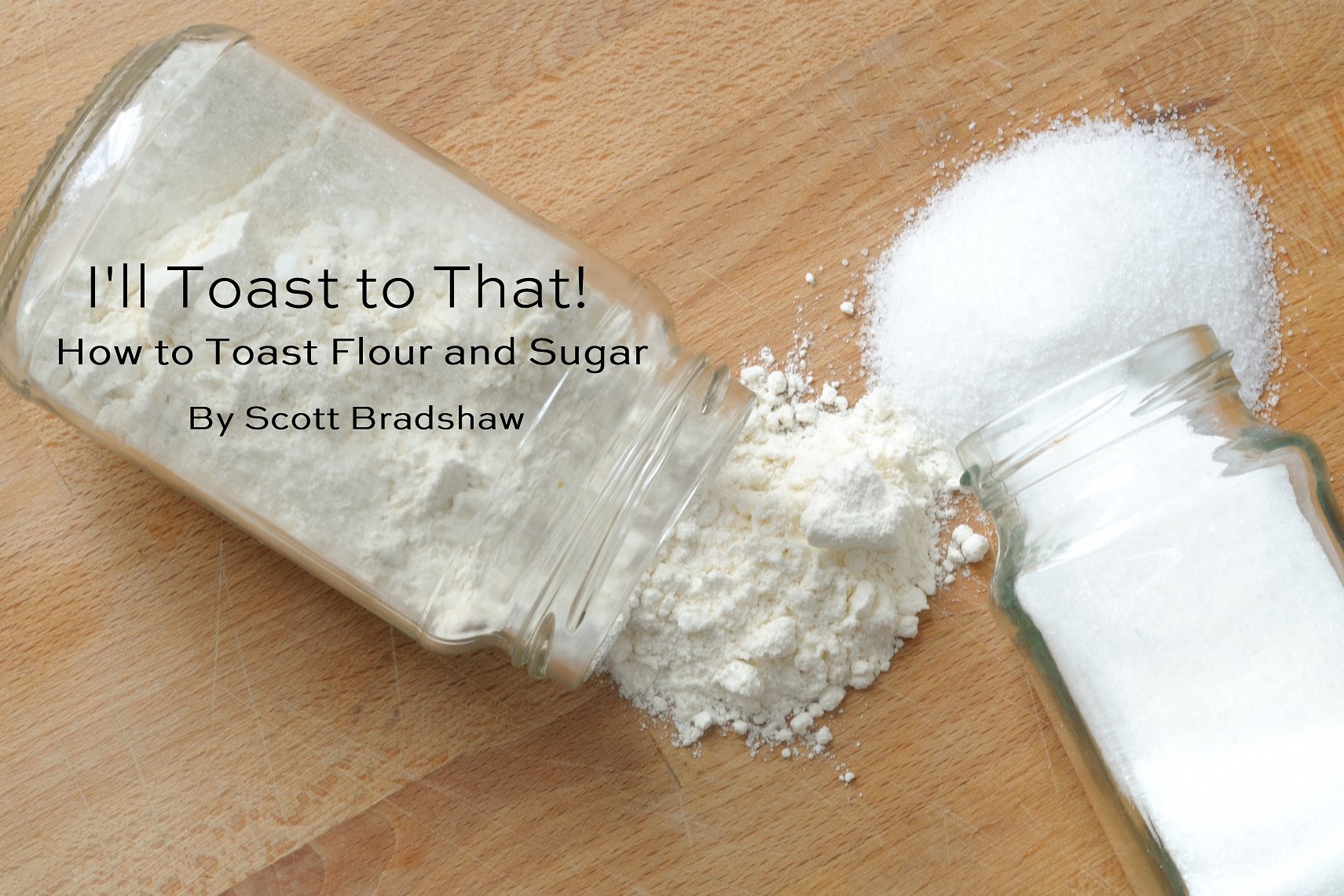 I’ll Toast to That: How to Toast Flour and Sugar

I’ll Toast to That!

How to Toast Flour and Sugar 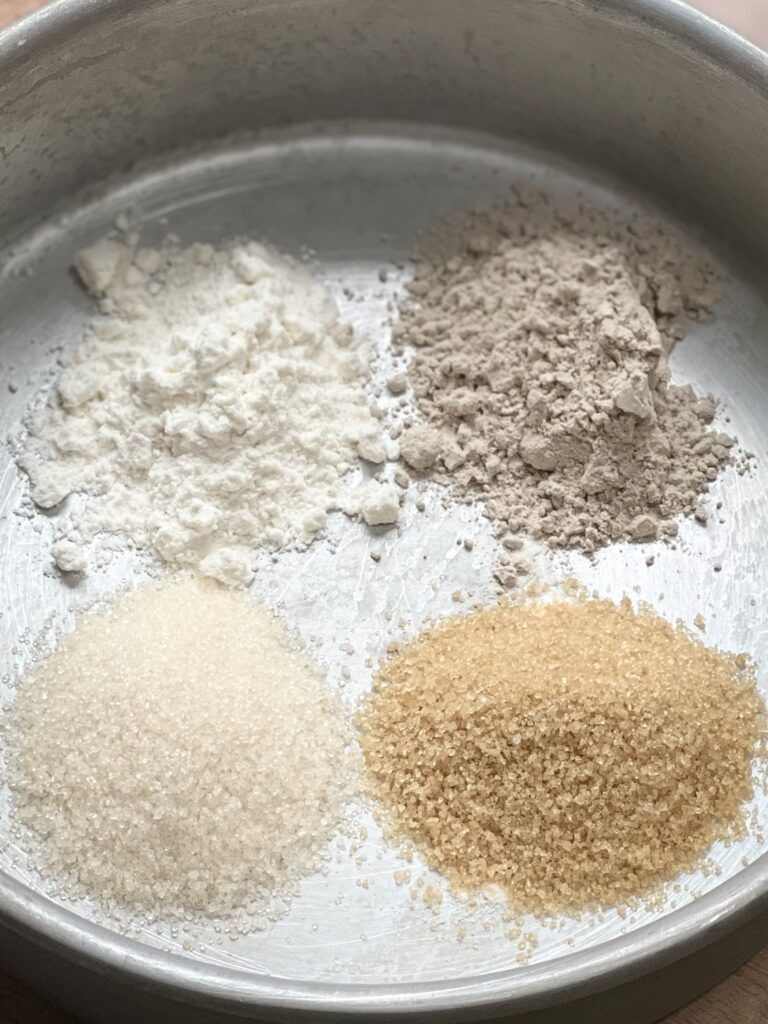 Sometimes in life it’s the little tweaks that make all the difference. I recently switched from coffee to hot brewed cacao because my doctor told me caffeine was a problem. Brewed cacao has something called theobromine, which is kind of like caffeine, but gentler. Turns out I was highly addicted to caffeine and going cold turkey probably wasn’t the best thing… and theobromine is a migraine trigger for me. Maybe this wasn’t the best example of small changes being good because it was major, and I’m still grumpy about it. Sugar and flour. Let’s talk about simple ways to level up your baked goods. Toast your sugar and flour. That’s it.

Anyone who has ever made a roux knows about toasting flour, but here’s how to toast it without the butter. It takes time. If you are prone to get distracted, don’t. Flour will catch on fire. Don’t ask how I know that. (Oddly enough, to extinguish a flour fire, simply add more flour. That doesn’t work for most fires.) Toasting flour adds a rich nutty flavor to any recipe that calls for flour, and it pasteurizes it, so it is safe to eat raw. I always thought the bad part of eating cookie dough was the raw eggs. Well, it is, but it is also the flour. It’s a sneak attack from a food-borne illness ninja called E.coli, which you probably don’t want. Who knew… besides the CDC? It’s tasty and healthy. Win, win!

There are several ways to toast flour.

One way is to simply flop it into a skillet and add heat. Stir it until it reaches a toasted color you like. This method is good for small quantities. For larger quantities, use a baking pan or a roasting pan—anything with sides. Add your flour into the pan and level the top out with the back of a spoon or spatula. Place it in the oven or toaster oven on low broil setting. Stir every six to seven minutes until it turns a nice toasty color. Do not wander off. This takes time. Open a few windows and turn on the vent because the flour will smoke. Keep in mind that the longer you toast the flour, the darker it gets in color and the deeper the flavor becomes. If hard lumps of flour form, as often happens, throw flour into a blender or food processor and pulse until it is smooth again.

Decide how much sugar to toast. It takes a while, but you will use it. Go for the whole bag. Extravagant, I know. Just think how bougie you will feel sprinkling toasted sugar in your morning coffee, you know, if your doctor is still allowing you to enjoy things. (Is bitterness an available font?)

Preheat the oven to 325°F. It is a low temperature so the sugar will toast rather than melt.
Choose a glass or ceramic 9-by-13-inch pan. Use something with deep sides. Metal will conduct too much heat which will caramelize, not toast, the sugar. Pour the sugar in and toast the sugar for one hour. After one hour, stir the sugar using a spatula, something you can really use to lift the sugar up from the bottom and move it away from the sides. Continue toasting the sugar, stirring every 30 minutes to release the steam and break up clumps. Yes, every 30 minutes. It is critical that the sugar moves or else it may melt, which is not what we want.

The burning question is, how long to toast it?

Well, how long you toast the sugar depends on what flavor you are going for. The longer you toast the sugar, the more robust the flavor will become. One to two hours is a subtle difference. If you toast it for five to six hours, the sugar is more like muscovado sugar or brown sugar.

Want the whole toasted cake recipe? Check out the September/October 2022 issue of ACD!

Scott Bradshaw is the owner of SevenRavensBakeHouse.com, an entertaining blog which strives to get people to look at food and recipes in a twisted way…as twisted as an old phone cord. Scott grew up in Texas, and has lived in Arizona, Nevada, and Missouri. He makes Plainville, MA, his home these days with his saintly husband and a bossy little Pomeranian. 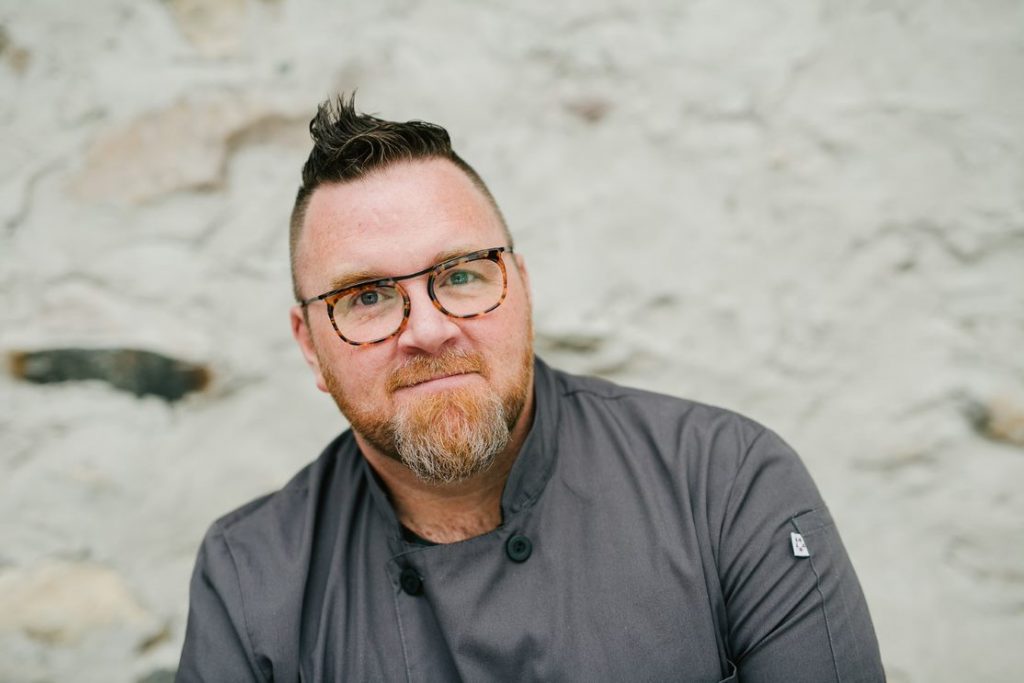 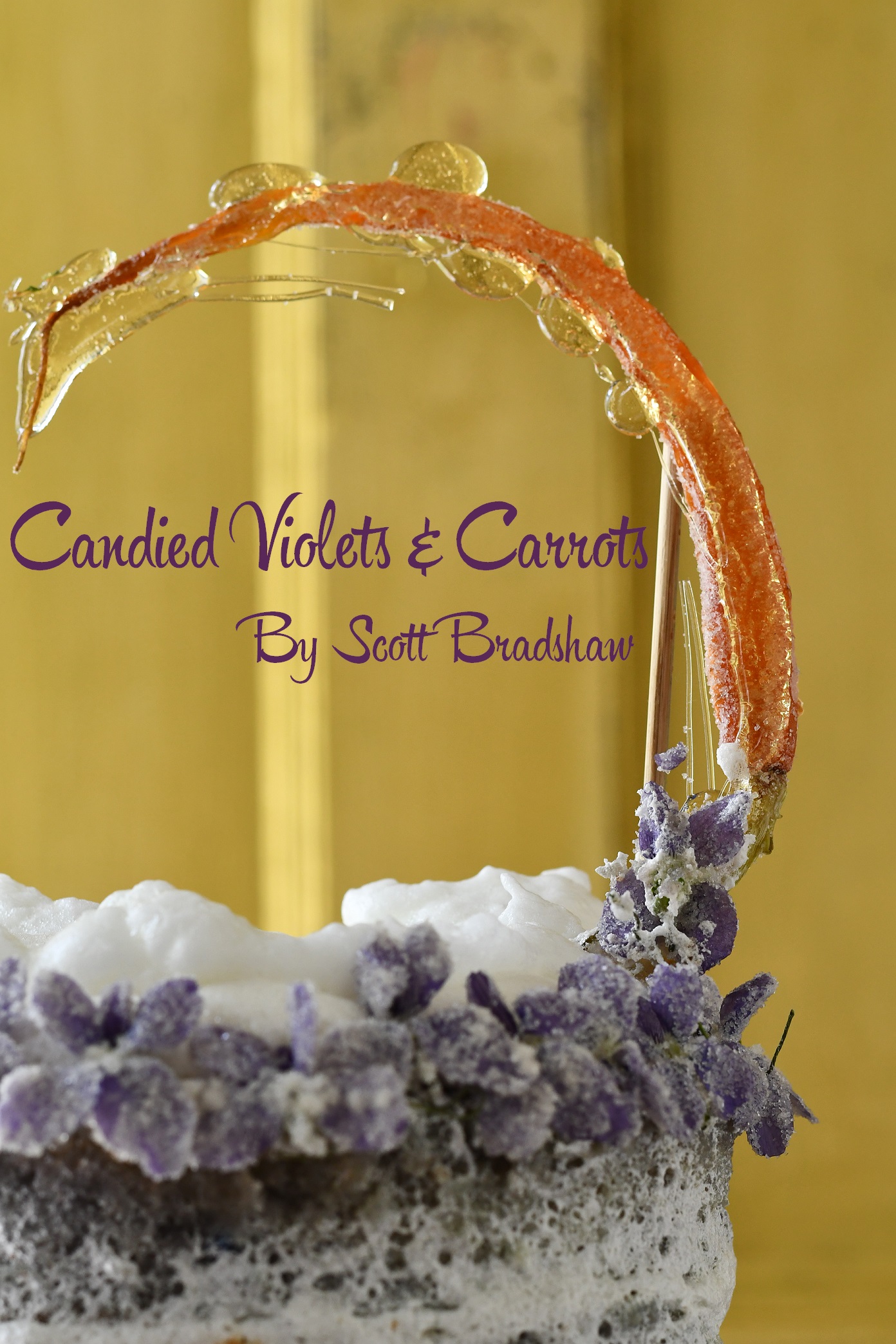 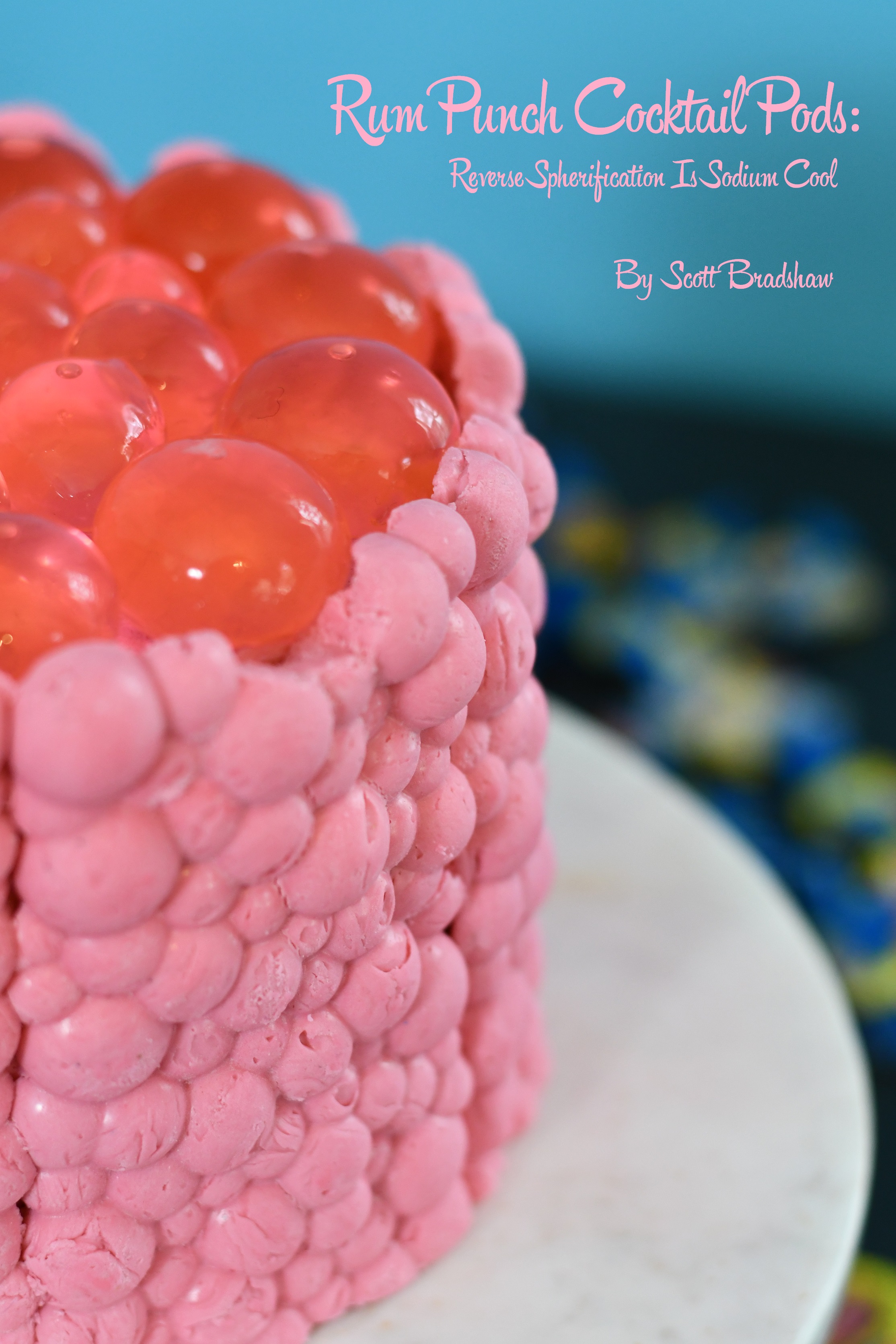 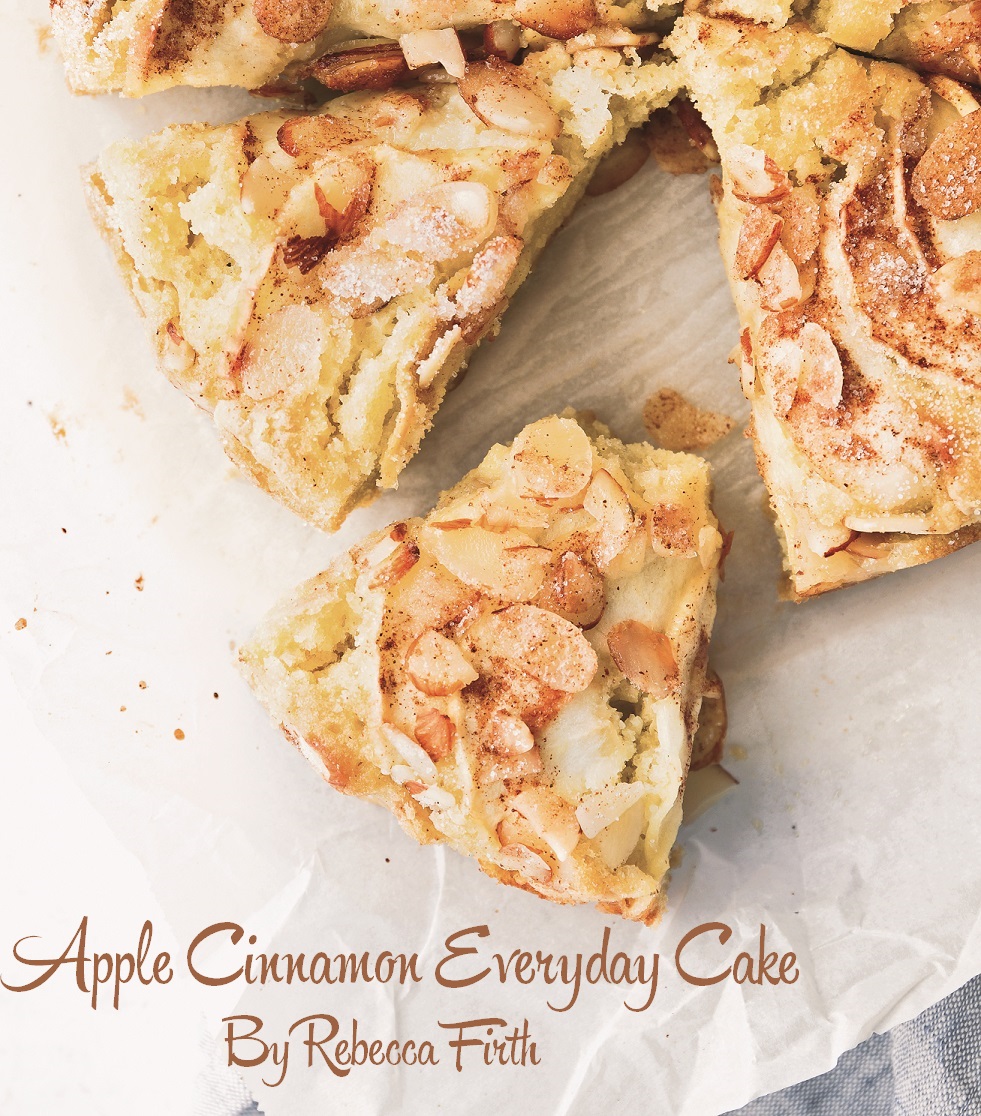