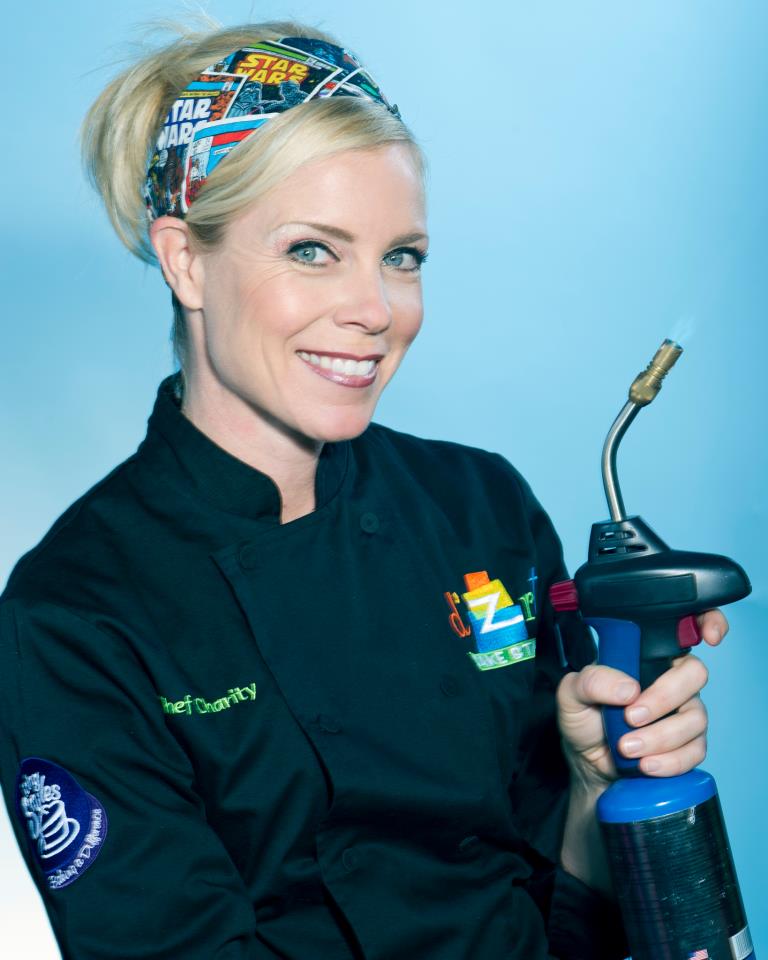 A cake-world favorite and a superstar behind the scenes on Netflix Nailed It, Chef Charity is about to become an even bigger star and enjoy more time on camera and we couldn’t be happier for her. We caught up with Charity between takes to find out more…

American Cake Decorating: How did Nailed It start?

Chef Charity: The production company that makes Top Chef and Project Runway (to name a few) pitched the idea to Netflix, and they loved it. As the production company was developing the idea and putting the show together, one of the supervising producers (who I had worked with on six previous shows with Food Network) called me. He explained the show idea and told me that my role would be the education portion, and then also the creator of all the “hero” cakes, which is what they call the example cakes, cupcakes, cake pops, etc. They would film me making them and then cut some of that footage into the show as the example for what the contestant’s process should be, as they try to re-create my examples. I quickly became known as the “Secret Chef,” because they had to keep me and the things I was doing hidden from the contestants coming and going for their interviews right next to my set. Just like any other show, the idea morphed and was tweaked all through the filming process and postproduction (editing) process, which then resulted in the show that made it onto Netflix. We are now nominated for an Emmy in the Outstanding Competition Series category! Who’d a thunk it?

ACD: We thunk it, Charity! 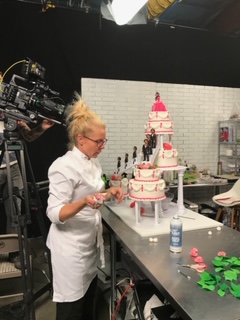 ACD: Where do you get your inspiration for the hero cakes featured on the show?

CC: The executive producers, production-company executives, Netflix creative team, culinary producer, and myself make up a team of people that work on the episode ideas and what themes each episode will have, and the edible art pieces that I am then tasked with making for them. We test ideas, time me making them, time people that have NO experience with baking making them, and then tweak and change things until we get something we know is possible for a contestant to make in the time allotted. It’s a very long process, which takes months of work on everyone’s part to then land on what each episode will entail.

ACD: How do you decide which products to use?

CC: I have very specific products I like working with. Both ingredients and equipment. Because Netflix doesn’t have the same TV model as Food Network, they don’t have advertisers, so I can decide what I want to use, whose products, equipment, etc., and have those on the show. Whatever I use, the exact brand, type, amount, etc., of every product and piece of equipment, the contestants also have. They even have more available to them to use than I do. I don’t have the array of candies and other edible “cheats” that they run to in order to get something finished. The products and equipment I use then get their brand shown on Nailed It, in millions of household’s TVs, phones, tablets, and computers. 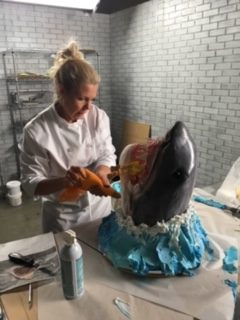 ACD: We’ve watched you demo on the show and are desperate to see more of Chef Charity on camera. Will we see more of you in the new season?

CC: I will be out in the public more promoting the show, talking about my role in making it, with any new episodes that are released.

ACD: Which is the most memorable Nailed It episode, for you?

CC: I think the Trump cake is still the most memorable, because as I was making him on my set, production crew were threatening to stab him with kitchen utensils, break his head off, scalp him, etc. And the executives wanted me to keep making his hair MORE yellow and his skin MORE orange! I had to protect him as if I was the Secret Service; I had to keep him intact so that he made it to his episode in one piece!

ACD: We want to truly “nail it” with our cakes just like your demos. Can our readers get a cake class with you?

CC: I’ve got into doing some private classes with people, and I have a class still on BluPrint.com that is an “Introduction to Isomalt.” I have many videos on my YouTube channel and I do demonstrations at shows, etc. I’m open to doing more of all of those things, so please do get in touch. 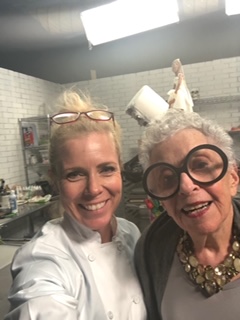 ACD: How do you like working with the Nailed It crew?

CC: I’ve worked with quite a few production companies over the past 11 years, and Magical Elves and the crew for Nailed It and all the Netflix staff and executives are the best! I really enjoy all of them. Nicole is delightful, she’s such a blast! Jacques and I are kindred pastry/chocolate spirits, and I adore his wife and children. The director for the last few seasons is actually the same guy that directed my very first Halloween Wars, Steve Hryniewicz. Wes is fantastic as our AD and it’s hilarious that he’s more known to the viewers than I am! We like “peeling the curtain back” on our little show, to see some of the behind-the-scenes stuff. It’s truly like a family at this point.

ACD: Will you be writing a tutorial for ACD soon? (Editor gets all excited.)

CC: LOL! I’d love to, I did two of them years ago, so yes! Let’s get that on the schedule.

You can follow Chef Charity’s adventures at http://chefcharity.com/ and watch this space for Charity’s tutorial exclusive in American Cake Decorating.