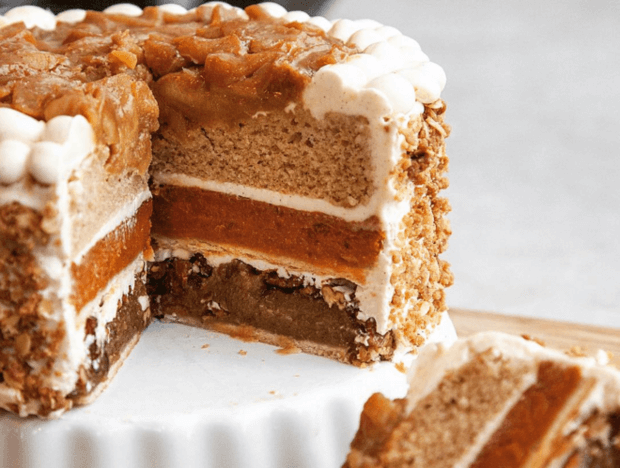 The BEST Thanksgiving Cakes ever!

Thanksgiving is less than three weeks away, can you believe it? We’ve assembled our favorite easy dessert ideas to make hosting your holiday party- a snap! You can thank us later 😉

Yes, Pie-Cake is legit a thing now. Think Turducken but with cakes, and not fowl. This calorie-laden modern-classic fuses classic holiday pies with your favorite layer cake. For indecisive eaters, it’s basically SIX desserts in one, and who doesn’t want six desserts on Turkey Day? The classic recipe stacks pumpkin, pecan, and apple pie, each baked in a layer of sponge, But, those who like to think outside-of-the-box could really go to town on this recipe, with cherry, chocolate cream, heck…even lemon meringue added into the mix.

Another pie, but this time legitimately mascaraing in cake form. Pie in disguise so to speak. This delicious cake was created by dessert diva, Olivia Bogacki and layers brown sugar cake with pecan pie filling, oh my, I can feel the arteries clogging!! For the complete recipe, head on over to Liv for Cake. 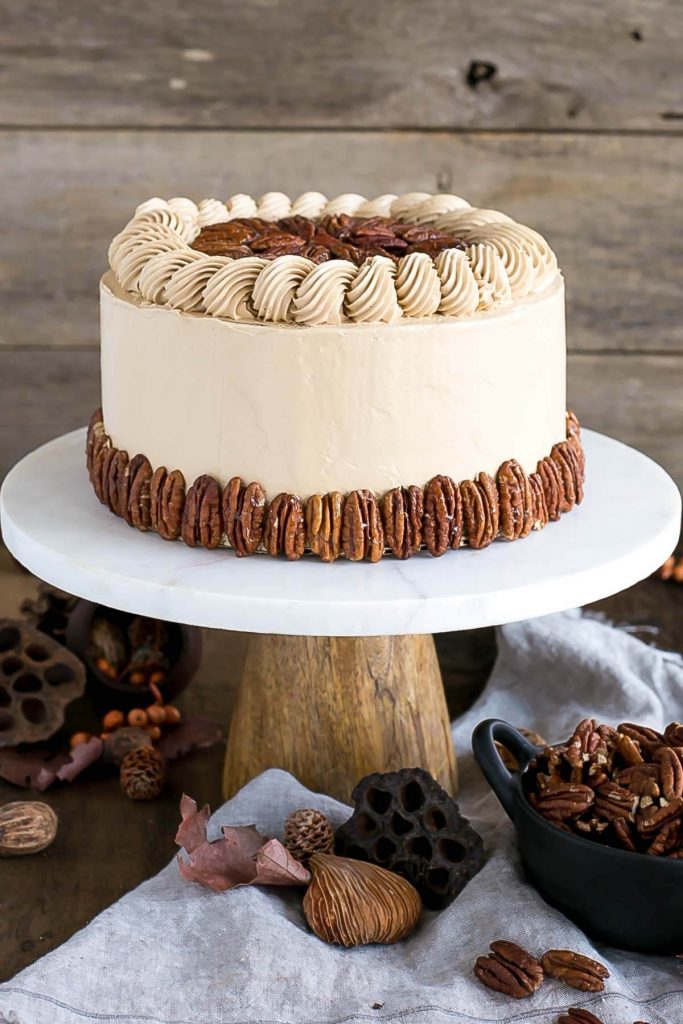 Nothing says ‘i’m thankful’ quite like a cinnamon roll. This luscious layer cake is a cinnamon overload, yeah right, like there ever was such a thing as too much cinnamon! Almost got you there! Seriously though, this cake is 3 layers of cinnamon cake, infused with a cinnamon syrup, covered with a cinnamon frosting! YUM! Head on over to The Cake Blog for the complete recipe. 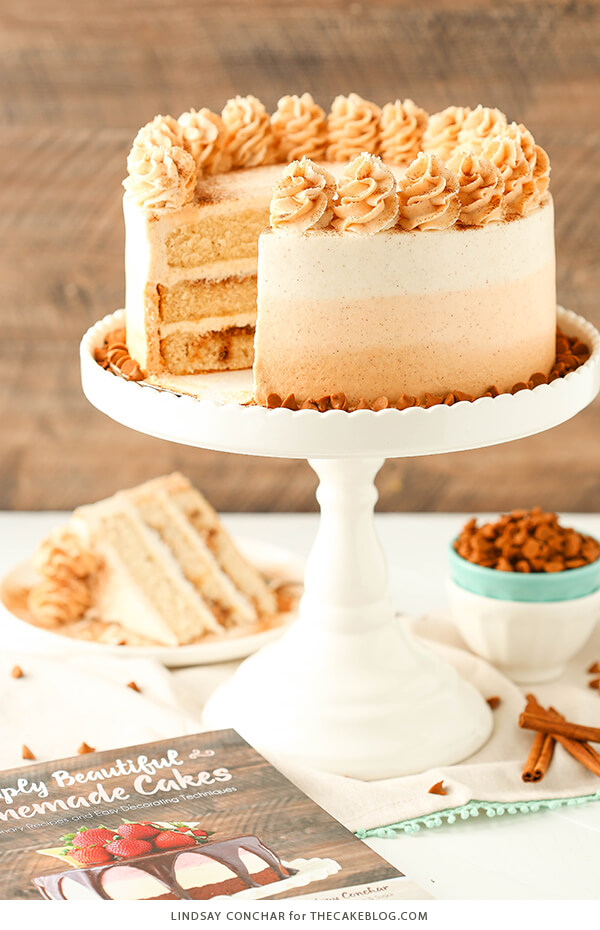 Hummingbird cake has been an instant classic since Southern Living went viral with the recipe. This delicious fruit and nut laden dessert is hearty in a way a good fall dessert should be. This delicious version of My Evil Twin’s Kitchen adds a healthy dose of coconut into the mix. Get the recipe here! 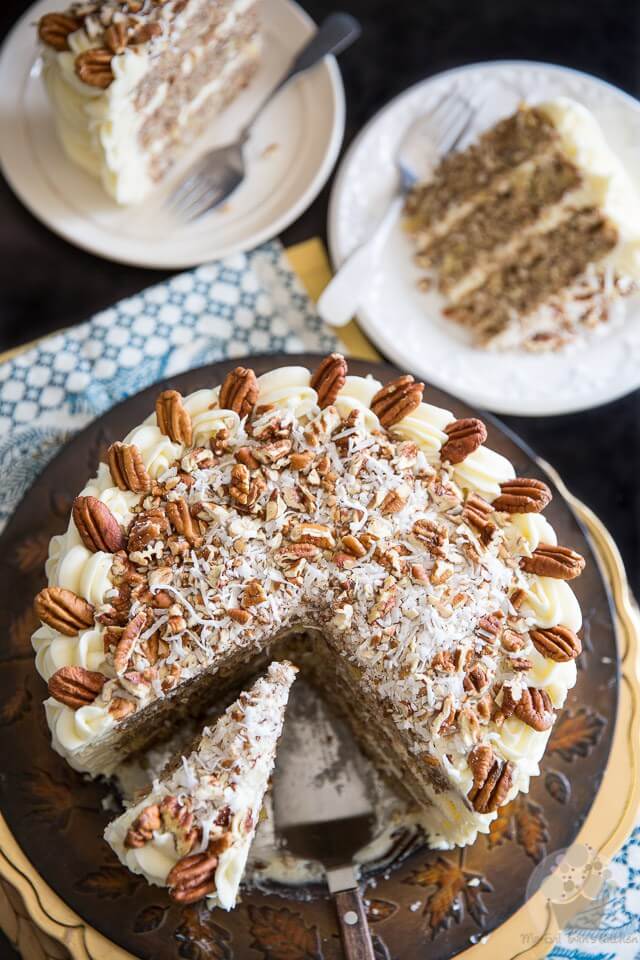 So, we don’t always want to be making a complex layer cake, especially when you’re already juggling multiple dishes and not-to-mention, a giant turkey. These adorable mini pumpkin bundt cakes are just too adorbs! How cute would these be on the Thanksgiving table and the scent from those cinnamon sticks- heaven! Grab the recipe over at Domestically Blissful. 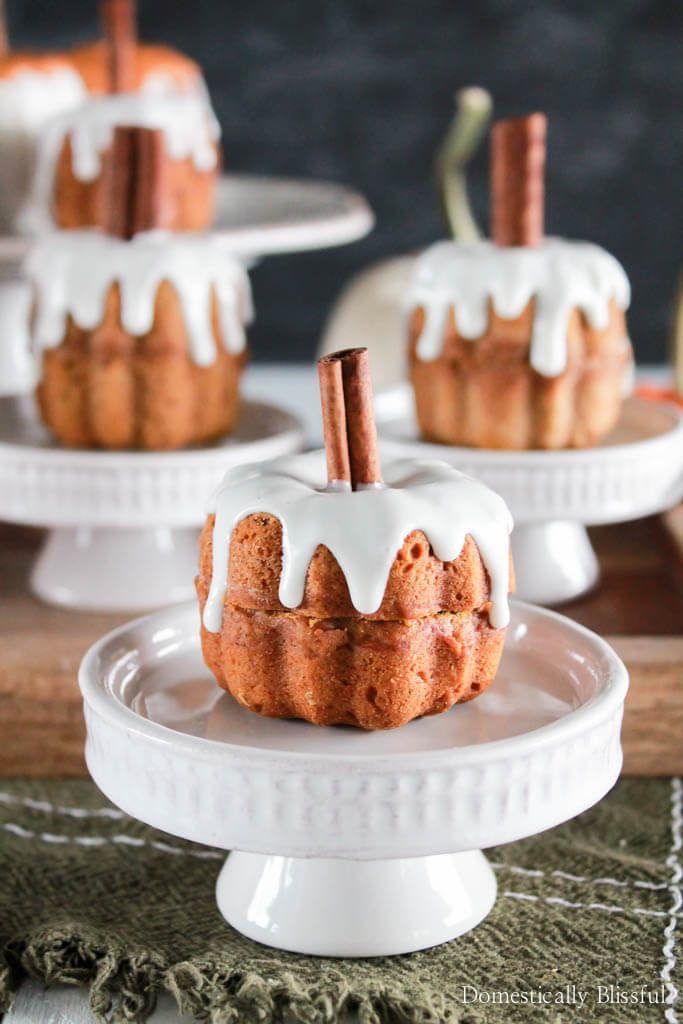