Brittny Miller’s steam punk-inspired cake was featured in our 2016 July/August Painted Cakes issue. Read on for more details about her hand painted creation.

“The base tier is covered in fondant, hand tooled and painted to look like an alligator skin piece of luggage. Strips of tooled fondant, as well as hand sculpted pieces are used to create the leather straps and buckles.The second tier is a hand painted map of the world in a style emulating vintage watercolor maps.”

“The third tier is a hexagon. With each face displaying a hand painted steam punk-inspired creature. There is an octopus, tiger, spider, angler fish, chameleon, as well as a monkey–all of which have had elements of clock work incorporated into their design. Some of the figures were inspired by artist Ellen Jewett’s animal sculptures. Each face is framed with molded fondant accents that have been brushed with edible mineral powder to give them the appearance of weathered gold leaf.”

“The final tier features a cityscape painted with cocoa butter. Depicted on this tier is my view of a steam punk-inspired victorian England city. With lots of smokey clouds and smog as well as air ships rising up the skyline, it includes both gothic inspired and victorian architecture.”

“Topping it off is a Rice Krispy sculpted pirate air ship covered in fondant that features both hand tooled  and molded accents.  A Rice Krispy sculpted collection of balloons sit atop the mast, making this fictional craft air worthy. A gum paste banner trails behind with the uplifting message of, “The world is yours!” Cotton candy clouds are set under the ship as well as an accent for the bottom of the top tier.”

“Inspiration for this cake comes from my own fascination with the steam punk aesthetic, as well countless hours pouring over the plethora of images pertaining to its subculture online. All painted elements (with the exception of the city and the balloons) were achieved by diluting food coloring for pigment. Both the city and balloons were painted with cocoa butter pigmented with fat soluble food coloring from Albert Uster.” 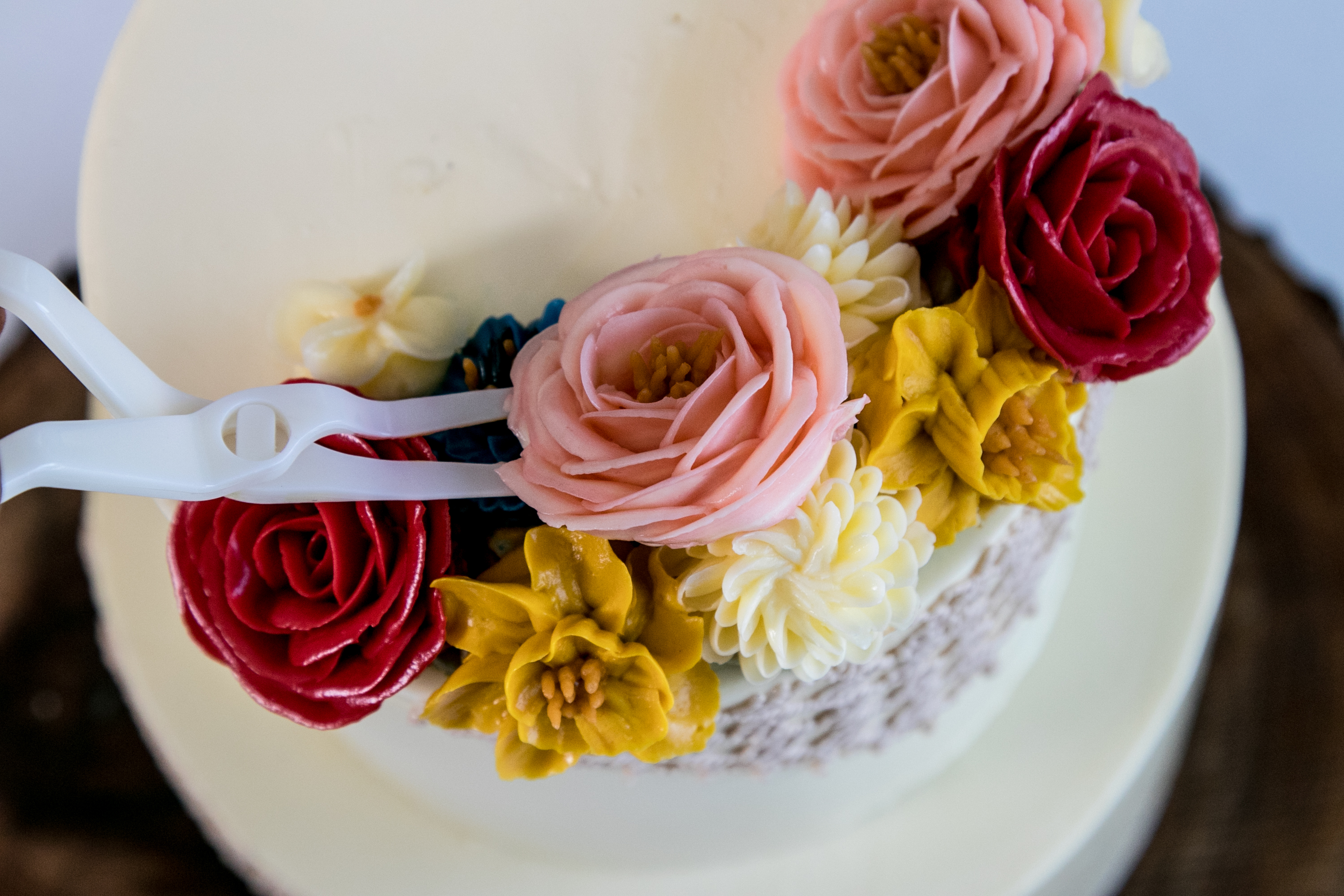 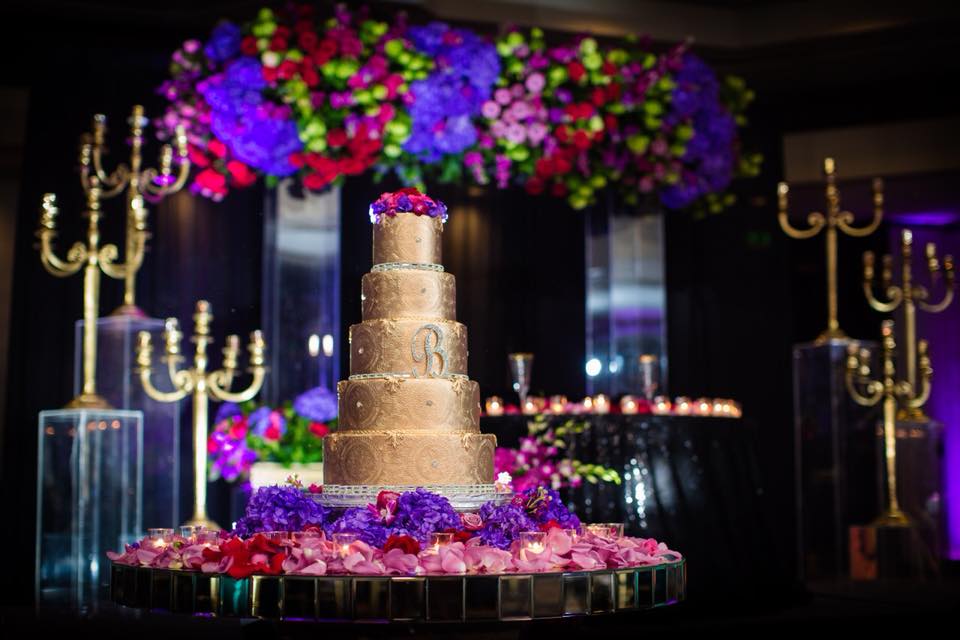