The first weekend in February is a big one for lovers of everything sweet!

You’ve heard it here before, but it bears repeating: Europain is almost here! With over 800 exhibitors, 2,500 demonstrations and over 80,000 attendees, Europain & Intersuc is one of the biggest pastry tradeshows in the world.

At the center of all of these activities is the Coupe du Monde de Boulangerie, aka the Bakery World Cup. Held every four years, only 12 countries have advanced to the final level to compete in the 2016 competition. This sounds exciting… because it is! Participants prepare months ahead of time–if not years–to compete against the best of the best. To win is not only to bring glory to one’s own bakery, but to one’s country. The latest news? The jury has been unveiled. If you can’t make it to Paris (like most of us), you can follow along here.

Stateside bakers are busy preparing for the LA Cookie Con & Sweets Show. After the 2015 show sold out, conference organizers doubled down and moved to a space three times the size of last year’s event.

One feature we’re very excited about is the World Dessert Table Championships. Professional bakers from all over the world will display their entries, competing for the prize of Grand Champion and recognition as artist of the best dessert buffet.  The theme for this year’s competition is “Roaring Twenties.”

Are you planning to attend either of these shows? If not, will you be following from afar?

« Jump Into January
A Call for Competition Cakes » 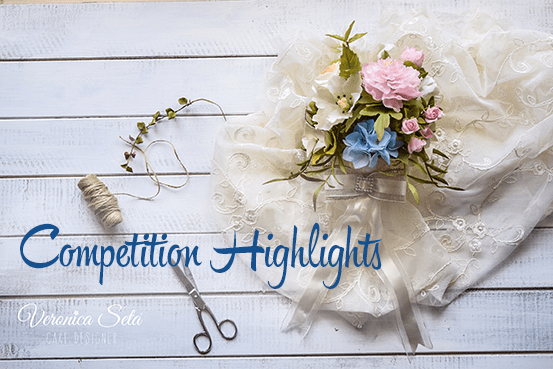